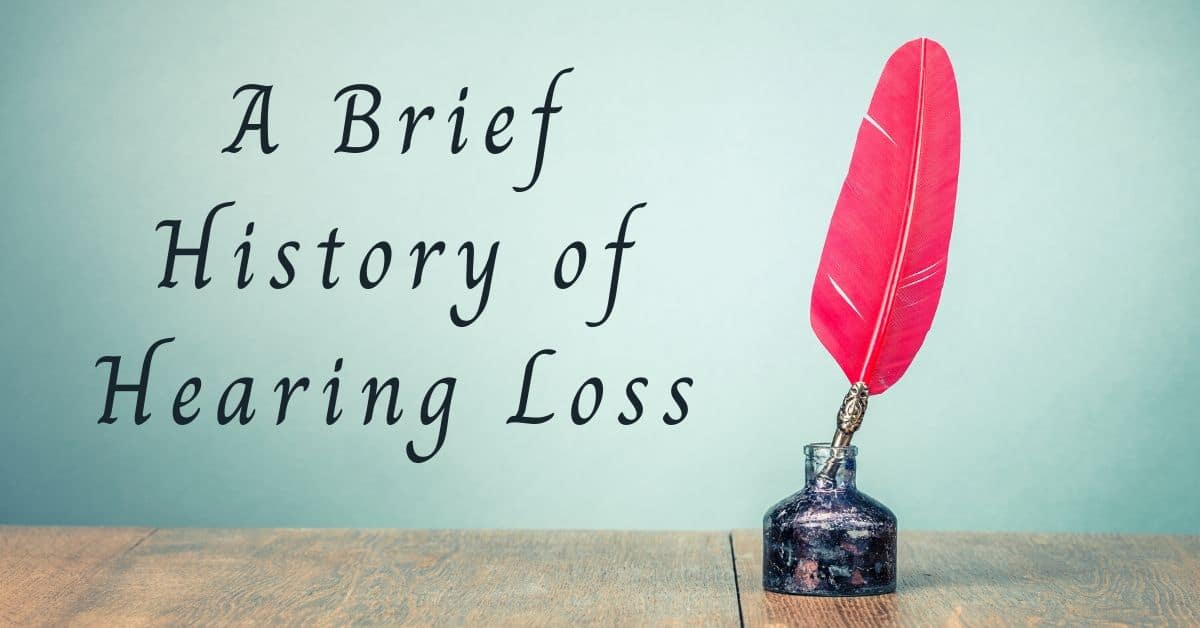 Hearing loss is a common health concern that millions of people navigate on a daily basis. Today, there is a wealth of information and research about hearing loss that is easily accessible. There are also several useful ways that hearing loss is addressed and treated, significantly improving a person’s ability to hear. Though we know more than we ever have about hearing impairment, it’s history (prior to the modern era) has not been well documented and preserved. It is evident that hearing loss has impacted humans since the beginning of time but substantial records do not exist in historical archives. So how far back can hearing loss be traced?

Given this information, the earliest known evidence of hearing loss in humans dates back to at least 10,000 years ago. Skeletal evidence indicating impaired hearing was discovered in the Shanidar Cave, an archaeological site located on Mount Bradost in Iraqi Kurdistan. These skeletal remains showed abnormal bone growths in the ear canal or external auditory exostoses. For the two skeletons that were discovered, the bone growths were severe enough to impact one’s ability to hear.

Egypt, 1550 BC – the first documented evidence of hearing loss can be traced to 1550 BC in ancient Egypt with the Ebers Papyrus. The Ebers Papyrus is one of the oldest medical documents that contains significant herbal knowledge and hundreds of remedies to treat pain, illness, disease etc. In this document, there is a remedy for “Ear that Hears Badly” that consists of injecting various bizarre liquids in the ear. This included: olive oil, red lead, bat wings, goat urine, and ant eggs!

Greece, 350 BC – first attitudes and opinions of people who experienced hearing loss (and deafness) it dated back to the writings of two ancient Greek philosophers: Aristotle and Plato.  Their views were deeply ableist and problematic, writing that the “ability to reason was intrinsically linked with the ability to speak”. What they meant by this was that people who were deaf were inherently unable to reason and were therefore unintelligent. Unfortunately, this continued to shape common perceptions of hearing loss and deafness.

The first reference of sign language can also be traced to this time. Plato wrote, “‘if we had no voice or tongue, and wished to make things clear to one another, should we not try, as dumb [mute] people actually do, to make signs with our hands and head and person generally?” In addition to perpetuating ableist thinking, this also highlights the existence of hearing loss throughout this time period.

First Deaf School – The first documented deaf school was created in the mid 1500s in Spain by Benedictine Ponce de Leon (a Spanish monk). He is known to have developed a sign language that he taught his students. This challenged the perception that children who were deaf (or had severe hearing loss) were too simple minded to learn.

Creation of Hearing Aids – the first type of device created to increase hearing ability were ear trumpets in the 1610s. These horn-like trumpets were not commonly used until the early 1800s.

As technology continued to develop and advance through time, hearing aids also improved. That brings us to the present day, where we have a wide-range of hearing aid options that are small and feature various styles and technologies that enhance the hearing experience! Contact us today to learn more about how hearing aids can benefit you.