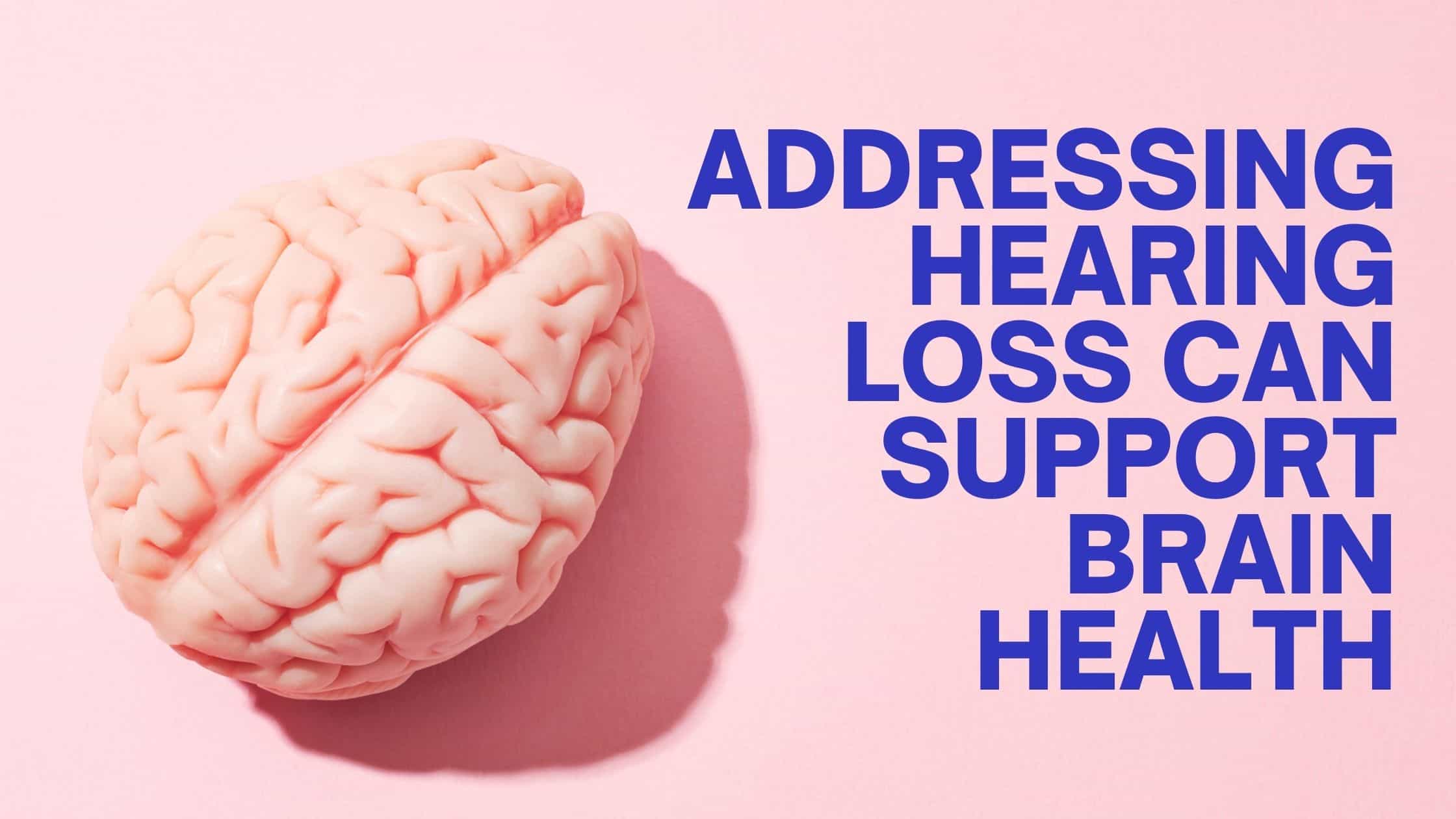 Hearing loss, a pervasive health epidemic today, not only impacts hearing ability but also brain health. The auditory system which refers to how we hear and understand sound involves both the ears and the brain. Hearing loss is a chronic medical condition that results in difficulty absorbing sound and also processing (and making meaning) sound. This can impact the brain in a variety of ways including contributing to the development of cognitive decline. The most effective way to mitigate brain health risks is to treat hearing loss which supports cognitive function.

Hearing involves parts of the brain including the auditory cortex which process speech and language. Hearing loss impacts these areas which can lead to various health risks. In a 2015 study, researchers in the Department of Speech Language and Hearing Science at University of Colorado investigated how the brain responds to hearing loss.  The study involved taking electroencephalographic (EEG) recordings of adults and children with various degrees of hearing loss. EEG testing consists of playing small sensors around the scalp which enables researchers to evaluate brain activity in response to stimuli. In this study, participants experienced sound stimulation in the form of recorded speech syllables (played from speakers) and researchers tracked their brain activity in response.

Two key findings from this study are that adults with hearing loss, compared to those without, experienced:

This kind of reorganization, or neuroplasticity, describes the changing of neural networks in the brain. In adapting to hearing loss, the areas of the brain that process sound are weakened so other parts of the brain try to compensate. As Dr. Sharma, one of the authors of the study, describes, “the hearing areas of the brain shrink in age-related hearing loss. Centers of the brain that are typically used for higher-level decision-making are then activated in just hearing sounds. These compensatory changes increase the overall load on the brains of aging adults”. This then decreases the brain’s available energy and resources which can produce consequences including dementia.

These findings reveal a significant correlation between hearing loss and cognitive decline. Researchers suggest that cognitive overload and the ways in which hearing loss reorganizes the brain can lead to declining cognitive function(s).

Treating hearing loss can drastically improve hearing ability which positively effects the brain. The most common treatment for hearing loss is hearing aids. These are electronic devices that are designed to absorb, amplify, and process sound; providing the brain with critical support. Research shows that hearing aids mitigate cognitive decline by improving brain function. This includes two recent studies: