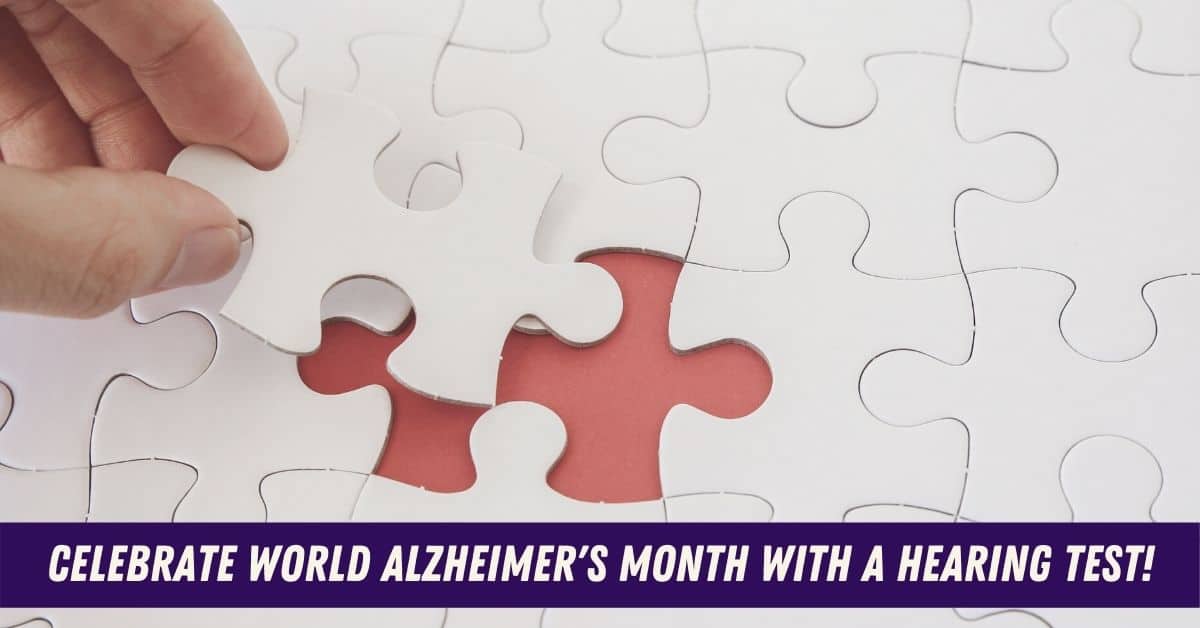 Alzheimer’s disease makes up 80% of all dementia cases currently making it the 6th leading cause of death in the United States. While it is estimated that 5.8 million people are currently affected in the US, instances of Alzheimer’s are projected to rise to 14 million by 2050.

Symptoms of this disease usually begin at 65 and progress over time. September is World Alzheimer’s Month, a time to focus on education, prevention, treatment and fighting the stigma of Alzheimer’s. The more everyone understands this condition the more we all can do to minimize the impact of this condition.

Signs and Symptoms of Alzheimer’s disease

Characterized by memory impairment, diminished judgment, and an inability to complete daily tasks of self-care, Alzheimer’s can be devastating for individuals affected and loved ones. The earlier you can identify the symptoms the sooner you can explore treatment options, modify lifestyle changes and plan for the future.

The symptoms of this disease vary from person to person and can affect behavior, motor function, cognitive function, memory, and fluctuations in mood. If you notice that you or someone you love is more forgetful than normal, having trouble focusing or seems to be excessively irritable it’s a good idea to be screened for dementia.

While there is no cure for Alzheimer’s, certain medications can slow down the progression in the early and middle stages of the disease. Similarly, certain lifestyle choices can slow the effects of Alzheimer’s.

Neurologists agree that three aspects that make someone predisposed to the disease are genetic, physical, and environmental influences. If someone in your family has dementia it may increase your risk of contracting the disease by 50%. This is because the genes in the brain, which mutate to create dementia, are often hereditary. Environmental issues like smoking tobacco, excessive alcohol use, not exercising, and lacking regular social interactions can have the potential to impact on the risk associated with Alzheimer’s disease as well.

How you choose to live your life can make a huge difference in preventing or reducing the likeliness of developing this condition. When you eat a healthy diet and stay physically active you can keep your blood pressure low and your heart healthy. You reduce your risk. The brain relies on a healthy and regular supply of blood. Health conditions, such as high blood pressure, coronary artery disease, high cholesterol, or diabetes can damage your brain cells. It is suspected that the more your brain atrophies as brain cells die, the higher your risk of dementia becomes.

Researchers have suspected for years that hearing impairment can increase the likeliness of developing dementia. Not only does it put an individual at a higher risk but also it makes symptoms of confusion and detachment worse when hearing is an issue.

When we can’t hear it is hard to keep up with conversation and respond accordingly. People tend to drop out and disengage from social interactions rather than struggle with poor hearing. Lack of social interaction can be detrimental in the prevention of Alzheimer’s.

Researchers also suspect that the brain can shrink or atrophy when an individual does not stimulate and challenge their mind constantly. With hearing loss and self-isolation it is common for people to become less engaged in the world. This is a huge danger for us as we age. Age related hearing loss is the most common form of hearing loss, affecting 1 in 3 seniors over 65 and half of those 75 and older.

While there is no way to reverse hearing loss, it can be treated effectively with hearing aids. Hearing aids amplify the specific tones and pitches in which we individually struggle with, so you can hear the world around you and specifically what people are saying to you. You will be able to stay more physically active and socially engaged.

Unfortunately, for adults ages 70 and older with hearing loss that could benefit from hearing aids, fewer than one in three (30%) have ever used them. Don’t be part of this statistic! Use this September as a call to deal with your hearing now and challenge yourself to resist against Alzheimer’s disease today.