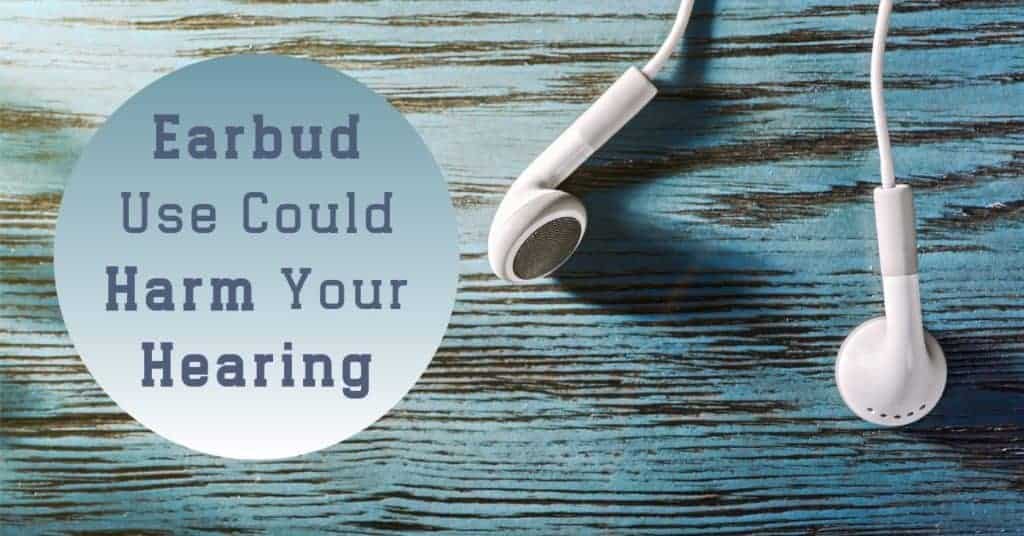 At airports, on college campuses, at the gym, on busy city streets and, maybe even in your house, you see people with earbuds in place as they listen to music. They may need to listen to workout music or listen to music as a distraction, but the distraction factor could be overridden by the potential for ear loss.

If you suspect you have hearing issues, the first thing you need to do is schedule a hearing evaluation at Exceptional Hearing Care. You only get two ears and you need to take care of them. That means using precautions and common sense with devices that use earbuds.

Earbuds and Sound Levels
A study by the World Health Organization in 2015 found the use of earbuds had increased by 75% between 1994 and 2005. That study also found individuals from middle and high-income countries between the ages of 12 and 35 subjected themselves to unsafe sound levels with their portable music devices.

But we get it. It’s tempting to pop in the earbuds and crank up the music to give yourself a little music boost when you are working out. Or, it’s easier to tune out what’s going on around you with the earbuds In and the music up – but you might want to reconsider listening to music at a high volume for an extended period of time.

It’s the Decibels
“It’s harmful because once you get above 85 decibels, which is a measurement of volume… you start doing damage to the hair cells in the ear,” says Charles Pudrith, an audiology professor at Northern Illinois University. Microscopic hair cells in the ear called stereocilia convert sound vibrations to electrical signals that the brain’s auditory nerve then processes into sound that you can understand. Once the hairs are damaged, they don’t regenerate.

There are enough hairs that they can compensate for some damage, but if the damage continues, there is hearing loss. Pudrith, who plays drums in a rock band, said music is meant to be enjoyed, but when the volume is really loud, high-pitch treble and low frequency sounds that add to the experience, are lost.

Some Loss Could Be Permanent
Once there is a temporary shift, according to doctors, hearing will never completely return to its original state. There has been damage to the hair cells in the ear. Constant exposure over time will lead to permanent hearing loss, says Pudrith.

“The fact is once you crank the music so loud that you have to shout over it, that’s when you start rolling the dice,” he said. A general rule of thumb is if you are at a concert or other establishment where there is a lot of noise, if you can’t have a conversation at arm’s length without shouting – it’s too loud.

Musicians at A Greater Risk

Many musicians were ear plugs during performances because they have become aware that repeatedly exposing themselves to high decibel levels will result in ear damage including tinnitus or a permanent ringing in the ears. Custom ear molds are available if that is an issue for you and Exceptional Hearing Care can help you find what you need to protect your ears. If you attend a lot of concerts, it would be a good idea for you to use disposable ear plugs. You will still be able to hear the concert, but the sound will be reduced to a safe level. For those who crank up the music on their portable devices while they are walking around to cancel out the chatter around them, audiology experts suggest investing in noise-cancelling headphones.