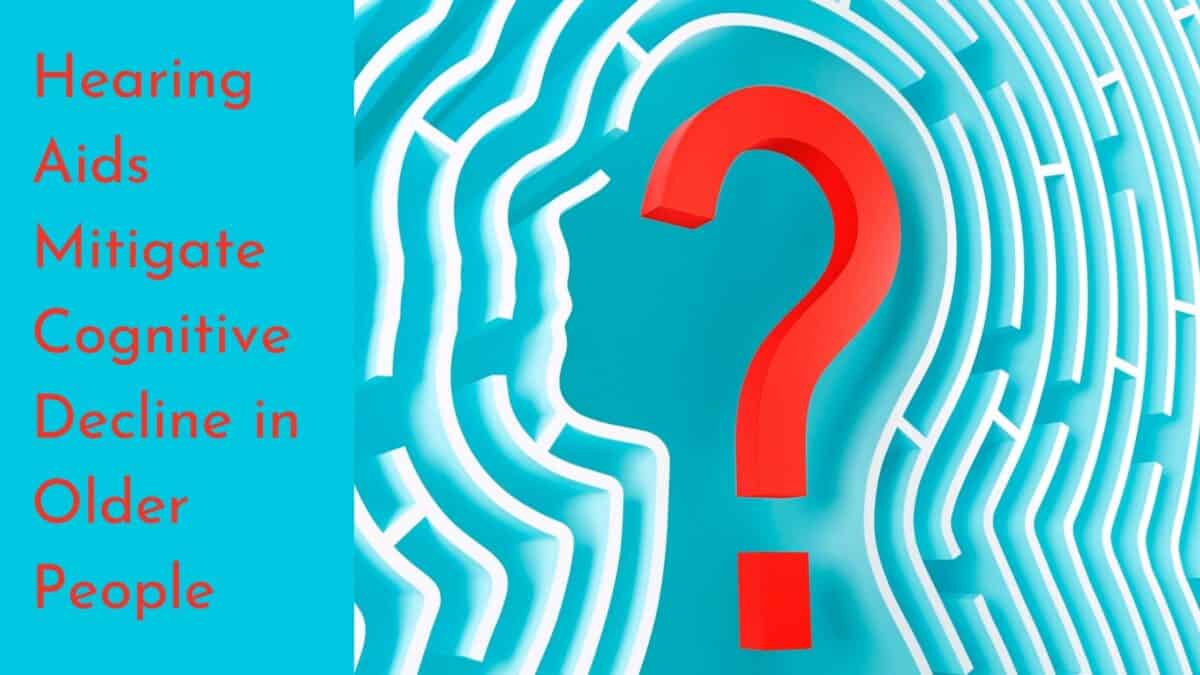 Hearing loss is associated with several other health conditions including cognitive decline. Research shows that hearing loss can increase the risk of developing conditions like dementia – an umbrella term that encompasses several medical conditions including Alzehimer’s. Dementia is characterized by a progressive reduction of cognitive capacities: decision making, memory, completing tasks, learning, etc. Studies have investigated the link between hearing loss and cognitive decline and findings reveal a significant correlation. This includes a comprehensive study conducted by researchers at Brigham and Women’s Hospital and Harvard Medical School.

Published in 2019 in Alzheimer’s & Dementia, the journal of the Alzheimer’s Association, this study examined the impact of hearing loss on cognitive capacities. Researchers did this by collecting and analyzing data on hearing and cognitive abilities for over 10,000 participants who were at least 62 years old. After assessing this data which was collected for 8 years, researchers found that compared to people without hearing loss, those with impaired hearing were more likely to experience cognitive decline which was:

This not only highlights the correlation between both conditions but also reveals that the severity of hearing loss (mild to severe) increases the risk of impairment to brain health.

This research underscores how hearing also happens in and impacts the brain. Hearing loss starts in the ears but also involves auditory centers that are in the brain which help process sound. Experts suggest that hearing loss can affect the brain in the following ways:

These effects can dramatically impact the brain, reducing cognitive capacities and increasing the risk of developing dementia. Fortunately, treating hearing loss is an effective way to reduce this risk and transform both hearing and brain health!

Hearing aids are the most common treatment for hearing loss. These electronic devices are equipped with advanced technology that is designed to absorb, amplify, and process sound. This provides ample support, allowing people to hear and communicate more effectively. Research shows that hearing aids can contribute to the prevention or delay of cognitive decline. This includes a major 2020 study published in the Journal of Clinical Medicine which was facilitated by researchers at the University of Melbourne. This study included 99 participants, ages 62-82, who had hearing loss. Researchers evaluated the cognitive capacities of these participants before using hearing aids and 18 months after hearing aid use.

Researchers assessed cognitive performance in various areas including attention, memory, visual learning, and executive function.  After 18 months of wearing hearing aids, researchers found that: “97% of participants showed either clinically significant improvement or stability in executive function (mental ability to plan, organize information and initiate tasks)”. This drastic improvement of cognitive functions can enhance brain health in ways that delay the onset of decline.

Prioritizing your hearing health offers countless benefits that enhance your quality of life. Intervening early and treating hearing loss can significantly help ease your transition into improved health.  Call us today to schedule an appointment for a hearing test!