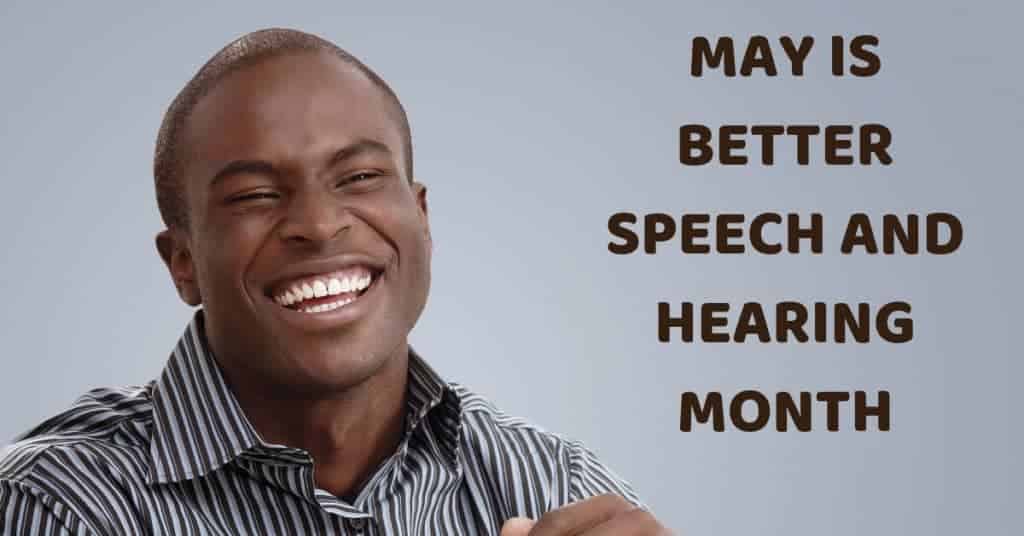 Every May, the American Speech-Language-Hearing Association (ASHA) raises awareness around hearing loss and communication disorders with Better Speech and Hearing Month. For 2019, the theme is “Communication Across the Lifespan.” This is aimed at drawing attention to the importance of maintaining good communication from early childhood straight through to old age.

Hearing loss has a huge impact on the quality of our communication. As part of Better Speech and Hearing Month we hope the following story compels you to schedule an annual hearing test if you are concerned at all that you might have a hearing impairment.

Although early hearing loss can affect communication and early life chances, some people wont let hearing loss stop them from communicating with others and getting ahead in life, and that includes the Arizona Cardinals Fullback Derrick Coleman. The first deaf offensive player in the NFL, he later became a Super Bowl champion with the Seattle Seahawks in 2014.  As part of his regular community outreach work, he recently shared his amazing story with students at the Phoenix Day School for the Deaf.

“All of you guys have something that I didn’t have: people next to you that have the same problem as you,” Coleman said, flanked by mascot Big Red, two Cardinals cheerleaders and a sign language interpreter.

He ended his speech with the words: “Be the best you can be… Everything you’re going through, I’ve been through.” Drawing attention to the fact that you don’t have to suffer in silence – he wanted the students to know that there are other people out there with the same issues as them, and they weren’t strange for having hearing problems.

Coleman started going deaf at the age of three and was bullied for his condition while growing up. It was only when he made it to college at UCLA that he realised that his achievements were against the expectations society held for deaf and hard of hearing kids.

After speaking to local high school kids about his story of deafness, he realised something monumental. “They’re going through exactly what I’ve been through,” Coleman thought at the time.

Following his success with the Seattle Seahawks, Coleman has since written a book about his experiences on being deaf and following his dream. He also runs the Derrick L. Coleman Jr. No Excuse Foundation, which aims to “support, educate and advocate for the hearing-impaired community as they move to integrate into mainstream society.”

Coleman disagrees with those who say that his hearing loss has held him back, football-wise. “They say, ‘Oh, if you had hearing, you’d be a better football player.’ I’m like, I don’t know.

Probably not. Because it made me work harder, it made me pay more attention to details, and that’s everything about being a pro,” Coleman said.

Through his experience, Coleman hopes that he can inspire others with hearing loss to go into other areas and achieve things that people wouldn’t expect them to achieve. He is aware that deafness doesn’t define him, but as the first deaf NFL player, he is proud to be able to have a say in how it is perceived in the NFL.

Coleman wears his hearing aids on and off the pitch, and credits them with helping his achieve his dreams. “I don’t where my life would be at if I didn’t have hearing aids, but I’m glad I don’t know yet. Or, I’ll never know.” he stated.

Aside from hearing his teammates, he has also found a novel use for them on the field. Some players get irate when they are subject to trash talk from other players. For Coleman however, he has his own method:

“The only time I turn off my hearing aids, is when you start talking crap on me, and I’m like, ‘Wait, what? Huh?’ And then I turn them off.”

While we may not all be Super Bowl-winning fullbacks like Derrick Coleman, we can still follow his example and use hearing aids to help ourselves live a better, more fulfilling life. Are you ready to take the leap? Contact us at Exceptional Hearing Care today to set up a consultation!