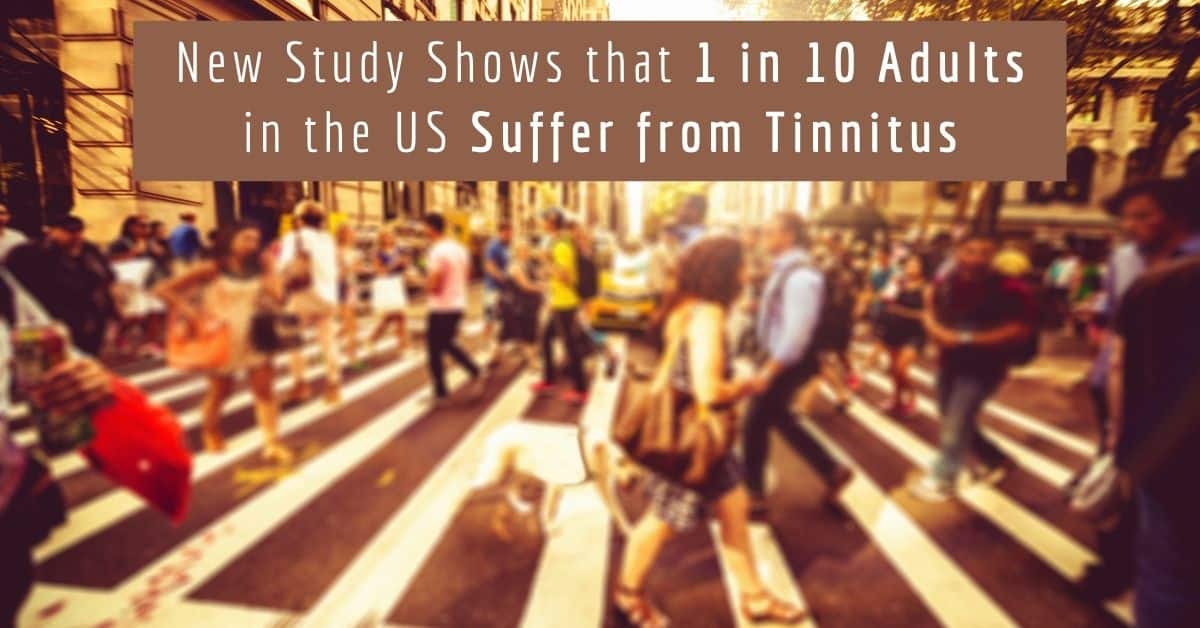 Perhaps you can relate to this: you finally find a moment for peace and quiet from a busy and stressful day only to hear an inescapable ringing in your ears. You may try to search for the source but you are almost certain the sound is coming from your own ears.

If this is you, then you are probably suffering from tinnitus. While tinnitus might sound serious, it’s important to note that you are not alone in this experience. A recent study from the University of California Irvine released a study that measured the prevalence of tinnitus in the US revealing that it is much more common than you may have guessed.

What Is Tinnitus And Why Is It Happening To You?

Tinnitus is defined as the perception of sound with no external source. The sensation is often described as a ringing, buzzing or even roar in the ears. Tinnitus becomes a problem when it does not give you a break. You seek quiet and rest from a busy day only to be pestered by sound in your head. Tinnitus can be stressful often causing anxiety and insomnia. The problem is that stress creates a vicious cycle, only making tinnitus worse.

Often tinnitus can be caused by damage to any part of the auditory system. Most often this damage is caused by excessive exposure to noise but can also be caused by a growth in the ear, an infection, ototoxic medication or a head injury. To understand how tinnitus works it’s important to know that the cells of the inner ear are constantly sending sound signals to the brain to interpret sound. When these cells become damaged they have the potential to misfire information to the brain, which is perceived as stressful effects of tinnitus.

You Are Not Alone

The study form UC Irvine surveyed over 75,000 people and found that about one in every ten people in the US experience tinnitus. That is 10% of 222 million Americans or 21.4 million people dealing with tinnitus.  The study found that 36% of people surveyed dealt with chronic tinnitus with nearly a quarter of participants dealing with their condition for over 15 years or more. 40 percent of those surveyed said that tinnitus was only a minor health problem while 7% reported tinnitus to be a major problem they struggled with. Even so, over half of the participants had confided in their doctor about the problem searching for effective treatment for their symptoms.

Ways to Treat Your Tinnitus

Much like most cases of hearing loss, there is no cure for tinnitus, but many treatments that can help to subside symptoms. Because tinnitus is connected to hearing loss, often hearing aids will help treat tinnitus as well. Hearing aids can help to control the volume of external noise, masking the effects of tinnitus.   This helps the brain to quiet the buzzing in your head and helps you to focus on other things.  Many hearing aids come equipped with features, which act as white noise, or ambient noise machines. This feature seeks to subdue the unrelenting effects of tinnitus.

In less extreme cases, many have found success in quelling the effects of their tinnitus by limiting the amount of stress in your life. Many engage in daily meditation, yoga and exercise, to gain focus, calm and a relief from the ringing in your ears.

Deal With Your Tinnitus Today!

If you are fed up with your tinnitus there is no better time than now to find out the best method to deal with it. If you haven’t already, make an appointment to have your hearing checked. We can help you explore your options and find the best treatment for your hearing loss and your tinnitus. Don’t struggle with the buzz another day. Deal with your tinnitus so you can focus on the things in life you truly care about.