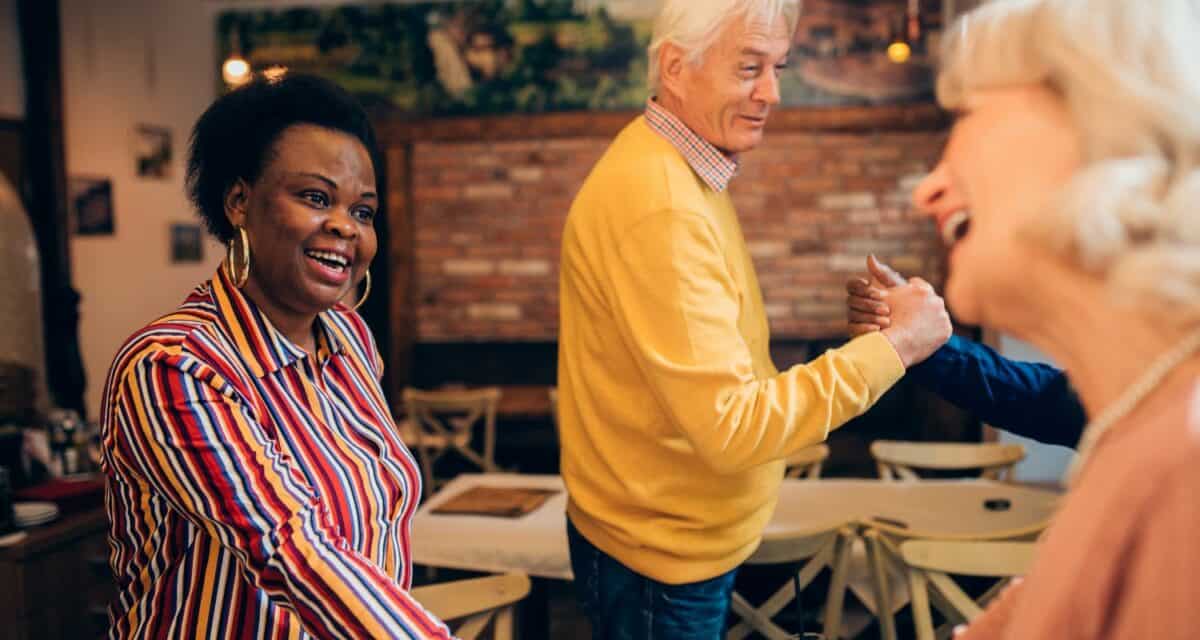 Humans are social creatures, and we use our words to communicate and connect. However, there are nonverbal communication techniques that say just as much. Imagine aside from what you say and the tone of your voice, what your body language and facial expression are communicating.  For instance, saying “hi, how are you doing?” with a frown and scowl shows a person that you just aren’t that excited to say hello. In the workplace, it turns out that non-verbal communication is just as important as what is said.  Poor posture, or turning away denotes fear and lack of confidence, while facing people’s heads one can note a sureness of self, which others will latch on to.

For individuals with unaddressed hearing loss, paying attention to non-verbal

What’s Not Being Said Out loud:

Body language, mouth position, and even the amount your eyes are open and closed are non-linguistic communication techniques, essential to nonverbal communication.  Surprisingly we think everything we need to say we say with our words. Still, a recent study finds that around 55% of what we communicate is in our body language, in combination with other visual cues such as tone of voice in how a person is saying something, touch, a person’s appearance, and physical proximity.

The First Nonverbal Cue: “I Understand”

When one sense suffers such as hearing loss, it’s common for another one to become more alert. Katie Fitzpatrick, a NIC Advanced certified SLS Instructor at Madonna University, explains that hard of hearing and Deaf people often are more skilled in the linguistic concept of “backchannel” than hearing people. Backchannel refers to sounds such as uh-huh and hmmm which communicate that you are listening and understand without saying so outright. Fitzpatrick further explains that hearing people commonly overlook the significance of backchannels and expect that another person being communicated to has understood the meaning simply because they heard the words being spoken.

The Second Nonverbal Cue: “I Want to Speak Now”

Laurie Achin explains that changes in body movements such as pushing forward, sitting up higher, and becoming restless while sitting are cues that someone may be preparing to say something. This provides greater challenges to pay attention to when in a virtual meeting or video conference.

Fitzpatrick proposes that it’s ideal for establishing group communication norms before the meeting starts so everyone knows the process for when it’s time to speak and so that everyone who wants to be heard has a chance to speak and respond.

The Third Nonverbal Cue: “I Need to Interrupt You”

Everyone needs a chance to speak when appropriate and sometimes when someone says something you may feel that it is essential that you respond. During business meetings it’s not always recommended to interrupt, however, according to Horowitz, the culture is now more open to interjections. This comes with an increased awareness for hard of hearing and Deaf people in the workplace. Horowitz explains that “more forceful” turn-taking in the Deaf community, such as shoulder tapping is now more common in the pursuit of equal participation despite the disability.  If you notice someone who is trying to interject you can support those who are hard of hearing by guiding the speaker in that direction by pointing.

If you have hearing loss and you haven’t treated it yet you aren’t just doing yourself a disservice, but a disservice to your co-workers and employers as well. With hearing aids not only comes ease of communication and better productivity in the workplace but is a safety issue. Don’t let hearing loss hold you back in the workplace and everyday life! Schedule a hearing exam today and invest in the future of your career!